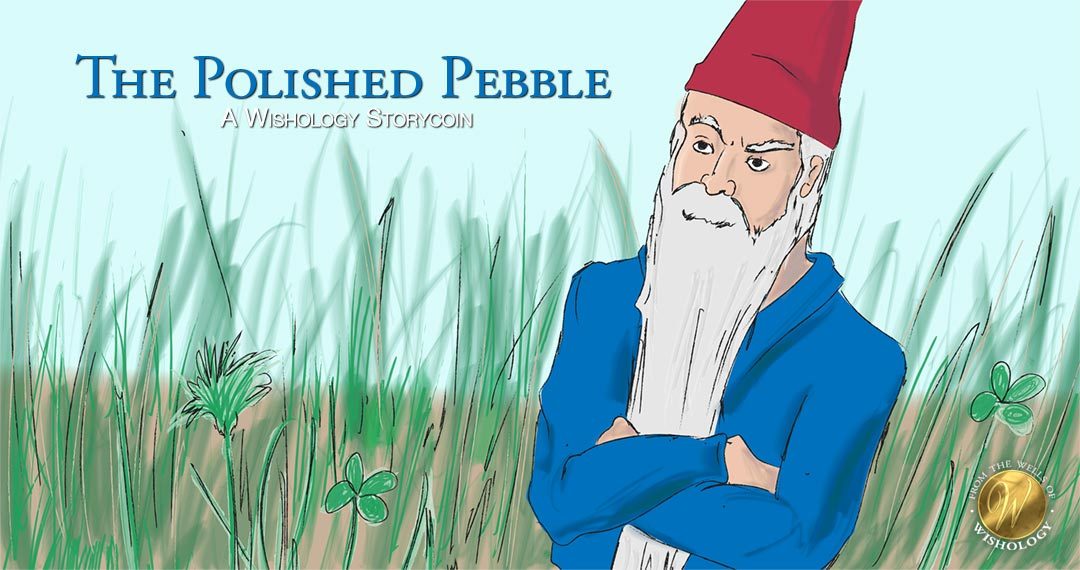 It was the oddest sight I ever saw, if what I saw was ever real.

Lost in the vast plains of an unexplored island, I must have been fated to come across it. I didn’t dig through the dirt or go searching in any way. It found me, not the reverse. And why it found me, I will never know.

The sun’s heat was pressing down on my shoulders. As I stumbled under its weight, I caught sight of a glint in the grass. I picked up the object that had signaled me from the ground and turned it around in my hand.

The truth of it is that the thing itself seemed ordinary. Had it not been flashing the sun in my face, I would have paid it no mind. As fate would have it, I thought it to be unworthy of my time. I tossed it behind my head and moved onward.

I did think it odd that I never heard it strike the ground. Nothing sounded. No thud. No thump. But the oddest thing was when it flew right back up and pegged me in the back of the head. It didn’t knock me senseless, but I wouldn’t call the strike forgiving.

Cradling the back of my head and rubbing away the bump growing there, I whirled around to find a small man staring at me with his little arms folded across a white beard that hung to his waist.

The shock of what I saw erased the sting on the back of my head, and the hand that cradled my wound dropped down along with my jaw.

“I say, you practice a rude way!” the small man declared in a gruff voice.

He spat at the ground and shuffled his feet with a great speed that carried him mere inches closer to me. Placing his little hands on his round hips, he leaned forward and squinted at me through bushy white eyebrows. His bulbous nose wrinkled up to make room below it for his perfect horseshoe of a frown.

Before he spoke, he flipped the hat’s floppy tip out of his face.

“I’ll say it again, I’m not afraid! You’re a foul one to cast aside the gift I made!”

I picked the object off the ground and held it out in my palm.

“This polished pebble is a gift?” I asked.

“Polished pebble! Is that what you think? You need your head examined! You need a lot less of the drink!” he said, waving his arms in the air with fury.

Turning the polished pebble over in my hand, I could find nothing extraordinary about it. Shaking it produced no sound. Its weight was proportionate to its size. By every metric it was precisely a pebble which had been polished — and that, not even well.

“Thank you for the gift, but it is not a discovery of momentous proportions and, therefore, has no place on my journey of exploration. It is merely a burden to me,” I said, tossing it back on the ground at the little man’s pointy-toed moccasins.

He snatched it up and stuck it in a leather pouch he wore on his belt. This moment is the one I would want to retract, given the opportunity. Had I known then what I know now, my now would be better than my then, and the both were far better than my later that transpired between them.

“Very well, have it your way,” he said with a glare. “But be warned and be afraid because havoc is coming your way. My gift was a charm of good fortune. Without it, misery will be your portion.”

“Do not be offended, little man. I simply haven’t the space for something so grand,” I said, mocking his gift and his rhymes at once. Little did I know, I was the dunce!

Shaking his head, he turned his back to me and walked away. My pride back then hid the pang of guilt I now feel. Even in my foolish decision, there was no reason to mock him.

“Your problem is the big thing you seek!” he called back to me without stopping. “The grandest treasures are obvious but only found by the humble and the meek!”

Insolence was an attitude I would not tolerate, so I turned my back to him and went my own way. After a few steps in what I know now to be the wrong direction, it occurred to me that a mistake might have been made on my part. If there was any truth to the little man’s words, it would cost me nothing to put the polished pebble in my pocket. But by the time I had reversed my thoughts and my direction, he was nowhere in sight. I never saw him again.

In the months that followed, I lost three fingers to frostbite and an ear to a wild boar. I never found a cave full of gold, diamonds, sapphires, rubies, silver, or even coal. All manner of diseases invaded my body and kept me sick more often than not. I was shipwrecked thrice in a crude raft I constructed, each time finding myself back at this same wretched lost island. Some of the things that happened to me were so vile, I dare not speak of them. Others were so preposterous, convincing you would be a waste of breath.

I am able to write you this story because as it turns out, twenty-inch tall men with pointy hats have sympathetic souls. At the height of my desperation, I was lying on my belly, consuming grass like the deer. When I thought I could bear no more, something shiny caught my eye, and I knew it was the polished pebble.

On all fours I scurried to the glimmering rock and kissed it. The excitement brought me back to my feet, and not a minute later, I heard voices calling to me. The luck of rescue and the good fortune of returning to the place I call home were at hand.

I advise you — nay, I implore you! If you find yourself on a lost island where a little man offers you a humble gift, do not refuse it. My intent is to convince a person of pride like myself to accept a small gift with gratitude, but to the humble and meek, you will find it to be an obvious treasure.

Think this Storycoin should become a book? Let us know in the comments below and share it with your friends on social media! SUBSCRIBE to our newsletter to catch every new Storycoin and get Wishology insider perks!

Subscribe to our newsletter to catch every Storycoin and get Wishology insider perks!

You must CONFIRM your subscription in the email we just sent you (*make sure to move it from your spam to your inbox*).