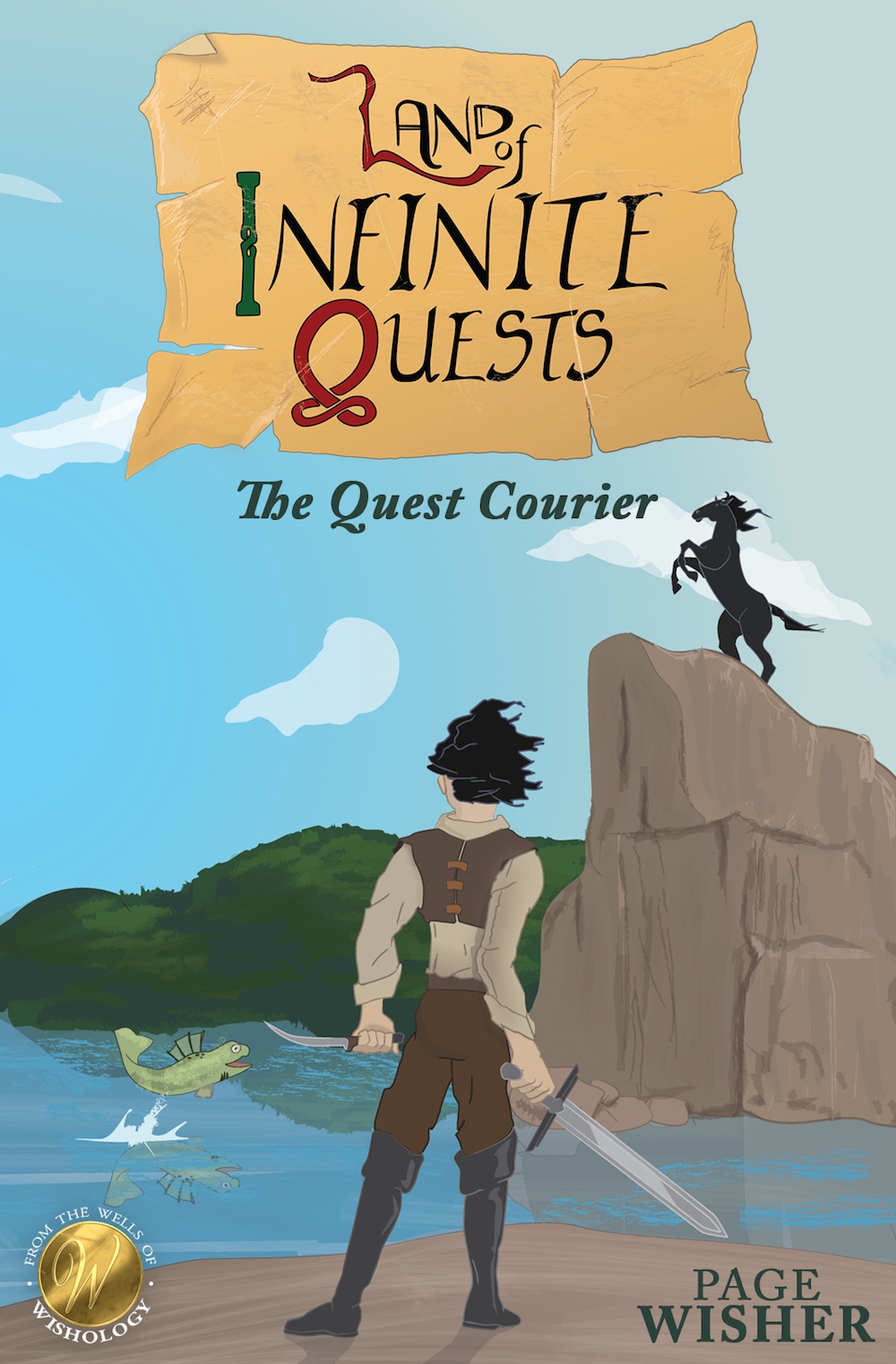 After turning fifteen, Alister Crest was doomed to spend the rest of his life catching fish… until he received a Quest Assignment. Too clumsy to be a quester, Alister was sure his quest was a mistake. But as he would soon discover, Quest Assignments are never wrong.

Alister’s only choice is to quickly learn what it means to be a quester while struggling to survive against magical villains and strange creatures, or he might just wind up as fish bait.

The Quest Courier by Page Wisher is Book #1 in Land Of Infinite Quests, an epic fantasy series for middle grade readers!

Get it on Amazon!
*Also available on iBooks and Nook.
Look for the Wishology coin on all of our books, films, and other products.

When you see it, you’ll know it’s high quality entertainment from Wishology. 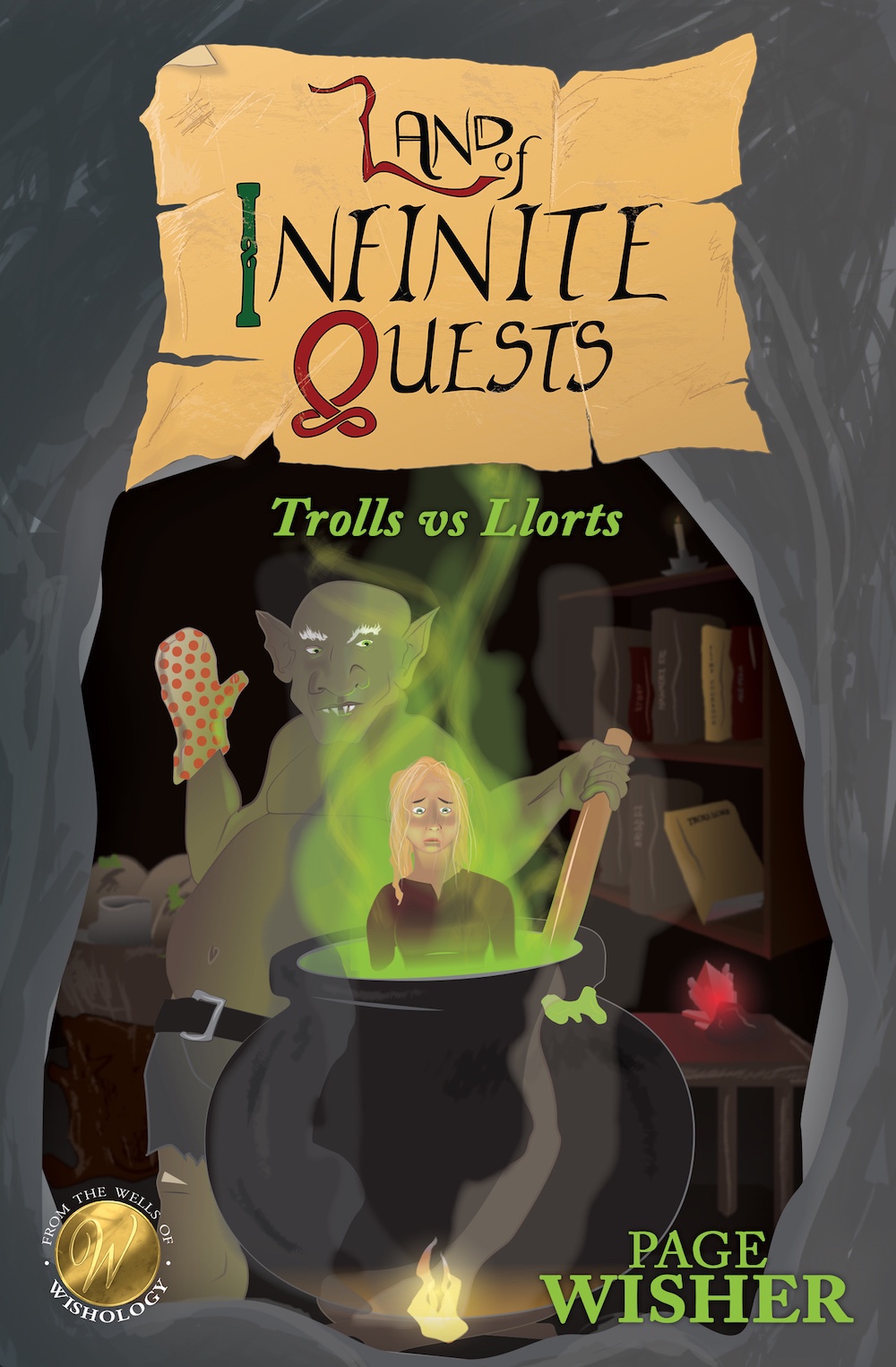 Penelope Tinsel never wanted a Quest Assignment. She was a peacemaker, not a troublemaker… but some quests require more than winning a few fights.

With the assistance of the Quest Courier and his Courier Steed, Penelope will have to cook up a plan to resolve the conflict between Trolls and Llorts or risk becoming a quester casserole, baked to perfection.

Trolls vs Llorts by Page Wisher is Book #2 in Land Of Infinite Quests, an epic fantasy series for middle grade readers!

Get it on Amazon!
*Also available on iBooks and Nook.

Membership to the Wells of Wishology

Subscribe for free to the Wells of Wishology community for insider perks and the latest Wishology news!